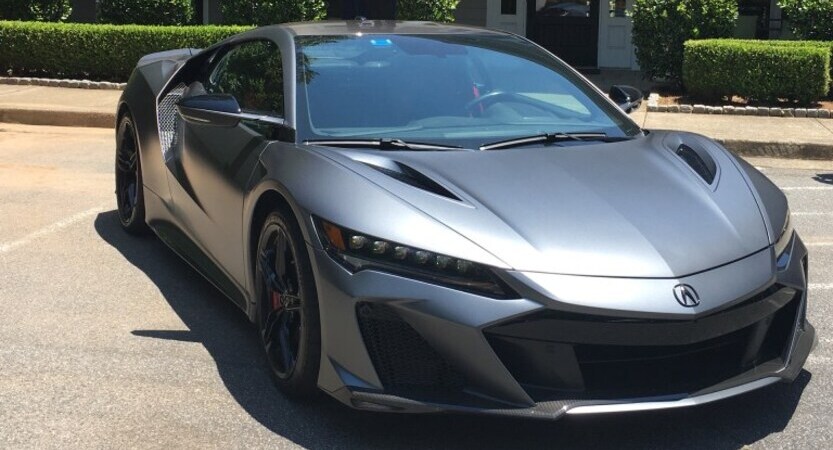 Celebrating a return to its roots and “precision crafted performance,” Acura recently hosted a full-line press drive in Atlanta, GA, led by high performance Type S models. While not technically a launch, the event did offer a chance for Latino Traffic Report (LTR) to drive certain Acura products for the first time, starting at the top of the lineup with its supercar, the 2022 NSX Type S (above) with a twin- turbocharged V6 and three-motor hybrid system that produces 600-horsepower and 492 lb.–ft. of torque and a Gotham Gray matte exterior, as well as the classic 1991 NSX model—rare opportunities indeed.

From the newly reintroduced fifth generation Integra to the six-figure NSX ($171,495), the driving experiences for all models stood out for their nimbleness, firm handling, and responsiveness. Not only has the Integra returned to the lineup, so has a six-speed manual transmission for 2023. Powered by the first-ever factory turbocharged 1.5-liter engine with 200 hp and 192 lb.-ft. of torque, the manual version of the Integra sits at the top of the lineup. The drive experience did not disappoint but the standard model with the CVT transmission also produced a sporty response and a serious engine rumble. Pricing for the 2023 Integra starts at $31,895 with destination fees.

Built on an exclusive platform for Type S performance, the TLX borrows some technology from its super sibling, like a double-wishbone front suspension, to enhance the ride and handling, and Brembo brakes. It’s powered by an all-new 3.0-liter V6 turbo engine inspired by the twin turbo V6 on the NSX. Pricing for the 2022 TLX starts at $39,995 and the Type S at $54,795.

The MDX will be the first Acura sport utility vehicle (SUV) with a Type S badge. While the test model MDX Type S performed handily, powered by a V6 turbo with 355 hp and supported by an adaptive air suspension, the massage setting in the front seats with nine options, including Shiatsu, also made a big impression. Many premium models offer a massage function but it’s not always easy to find. The button on the MDX was located in the center stack next to buttons for heating and cooling the seats. Pricing for the 2022 MDX starts at $49,795 and the Type S at $67,895.

Redesigned in 2019, the RDX was the first to debut Acura’s latest exterior DNA, featuring the new grille with a sunburst effect. At the event, the RDX showcased Acura’s ELS Studio premium sound system created exclusively for Acura by eight-time Grammy Award-winning producer and engineer Elliot Scheiner and his team of experts. He explained that apparently, musicians will take to their cars after recording to hear how a track will sound. Scheiner and his team set about creating a studio sound experience for Acura, culminating in the top-of-the-line ELS Studio 3D Signature Edition featuring 25 speakers and 1000 watts of sound. Versions of the system, including the ELS Studio with 16 speakers, are available on certain Integra, TLX, RDX, and MDX models. Pricing for the 2022 RDX starts at $40,345.

LTR readers will appreciate that Scheiner records at the Tree Sound Studios, co-owned by first generation Cuban-American John Paul Diaz and his father. Diaz joked that as a young man, he had hoped to tour with bands as a roadie but after witnessing the toll the road took on them, “I decided to be a sound engineer instead.” Diaz shared with LTR that he hopes to build stronger connections to Atlanta’s Latino community and to host more Latino artists and musicians at his studio.

Also of note were two trailblazers for Acura, Jessica Fini, senior manager, Honda and Acura PR and Meliza Humphrey, senior manager, Acura Marketing. Fini is the first woman to be in this position for both Honda and Acura, and Humphrey, is the first Latina in this position. The timely introduction came on the heels of the Honda’s recently released diversity and inclusion report.

All in all, the lineup effectively represented Acura’s reputation for performance combined with premium features that set it apart in the segment.

This is Luxury, New Genesis GV70

Get all latest content delivered to your email a few times a month.