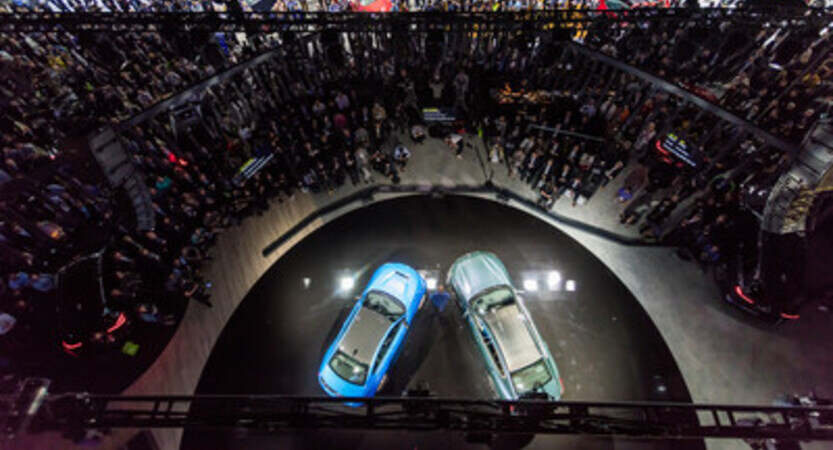 LOS ANGELES , Oct. 27, 2022 /PRNewswire/ — Los Angeles Auto Show® today announces plans for global and North America vehicle debuts at AutoMobility LA® (AMLA), its annual gathering for both media and industry professionals on November 17. Showcasing automotive industry innovation and growth with an emphasis on electrification as its central pillar, the day will be highlighted by a selection of significant debuts.

AutoMobility LA® will feature a packed schedule of announcements, led by a global reveal from Subaru, as well as North American debuts from Hyundai, Fiat, Kia, Genesis and VinFast. The day will also include a first-ever public viewing from Charge Cars, announcement of finalists for the coveted North American Car and Truck of the Year (NATCOY) honors and the Hispanic Motor Press awards.

In the days leading to the November 17 AMLA media gathering, Porsche, Toyota and Volkswagen have chosen Los Angeles for debuts of significant vehicles encompassing electric, hybrid and traditional gas-fueled models.

“As electrification continues to gain prominence among car-buyers, it will again be a prominent factor in the vehicles that will be unveiled AutoMobility LA as well as those displayed throughout this year’s show,” said Los Angeles Auto Show President Terri Toennies.  “From technological advances to style and culture, our show will reflect the worldwide influence of California innovation and style.”

Journalists from over 30 countries are confirmed to be in attendance covering the latest automaker news and reporting from the show’s Media Center sponsored by Alliance For Automotive Innovation.

The Los Angeles Auto Show will be cashless; tickets can be purchased online at laautoshow.com/tickets or at on-site ticketing kiosks with a credit or bank card. Individual tickets, family and VIP packages include:

Founded in 1907, the Los Angeles Auto Show (LA Auto Show®) is widely recognized as one of the most influential shows globally. Reflective of its location, the show celebrates the love affair Angelenos have with their cars and offers a global platform to industry technology and innovation, synonymous with California.

The show runs for 10 full days over the Thanksgiving period and is a must-attend destination for many industry influencers, car enthusiasts and families wanting to enjoy a day out over the holiday season. Held annually at the Los Angeles Convention Center, the LA Auto Show contributes several hundred million dollars to the local economy, stimulates the local job market, and is the number one revenue generator for the LA Convention Center.

Taking place on November 17, AutoMobility LA media and industry day will include a range of groundbreaking industry announcements and reveals. Doors open to the public November 18-27. LA Auto Show is owned and operated by ANSA Productions. To receive the latest show news and information, follow the LA Auto Show on Twitter, Facebook, Instagramor LinkedIn and sign up for alerts at laautoshow.com.

Get all latest content delivered to your email a few times a month.